HISTORY OF THE FRIENDS

PAST SUCCESSES AND EVENTS      CURRENT AND FORTHCOMING PROJECTS 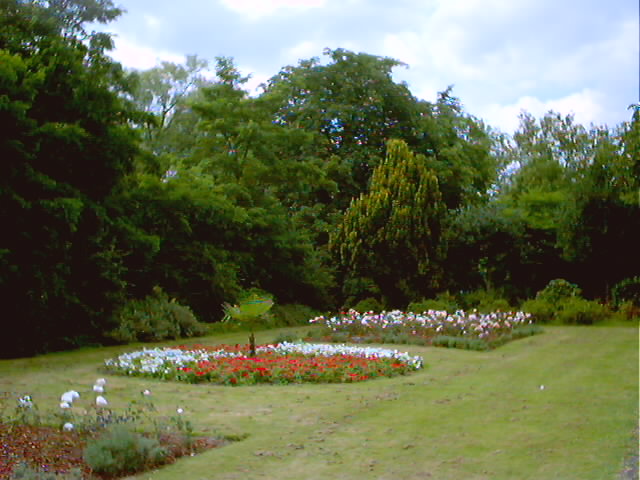 . Bulb Planting 10 December at 10.30! The CAFE is open regularly until further notice.The Facebook page with occasional updates is here.

THE FRIENDS OF DOWNHILLS PARK were established in 1999, developing out of the Parks Sub-Group of the West Green Residents' Association.

Recognizing the importance of Downhills Park, Lordship and Belmont recreation grounds to the quality of life in West Green ward, the Friends aimed to promote the public benefit and enjoyment of these open spaces by involving local people in planning and decision-making affecting these areas and encouraging more local people to use the parks and take an active interest in their future.

The Friends  work to benefit the inhabitants of the London Borough of Haringey in particular, but not exclusively, in West Green. They have campaigned to reverse the decline in the park in the 1990s, to press for improvements in its facilities while protecting its historic character, and to enhance public interest and awareness of the park.

MEMBERSHIP is open to any interested member of the public over 18. To join, contact the Secretary, or come along to our Annual General Meeting (next in April 2023).

Next meeting:  Saturday 22 October 2022 at 10.30 AM. Later meetings 10 December. Following the good turnout on 11 June we have decided to meet on Saturday mornings.

Come and have your say!!!

The most recent Newsletter is available here.

PAST EVENTS AND SUCCESSES:

Following pressure from the Friends, Haringey Council, with the aid of the Government's Single Regeneration Budget for West Green Learning Neighbourhood, hired consultants to draw up a development plan for the area including the park, and a public consultation was held. The public voted for improvements such as better security and access, a cafe, a pedestrian link to West Green, the  restoration of the historic Conservatory, and more.

We have lobbied to hold the Council to carry out these improvements. Largely as a result of Friends' pressure:

the tennis courts were repaired and upgraded and summer tennis coaching was introduced,

new notice boards and information boards were put up,

a new footpath was built through the recreation ground,

a wildflower zone was introduced, and recently bird boxes have been built for it and additional trees planted there

pedestrian traffic lights were installed on Downhills Park Road to provide a safe route between the Park and Rec Ground to the south and Lordship Rec to the north,

dog bins have been provided,

and a new rockery was  built at the West Green Road entrance.

A Park Forum was established  to involve all interested bodies in joined-up information exchange and decision making.

a management plan for the park was prepared, which will help to develop it the way users want, and should be brought up to date each year by the Council in consultation with the Friends.

Haringey Council has obtained in 2006 and each following year the coveted Green Flag Award for the Park.

Steps were built down to Midnight Alley at the north side of the park.

A Wildlife Pond was constructed near the steps.

Check this page of photos for 2009 improvements in the park. (before the cuts!)

The Friends have encouraged community events in the park such as the annual Art in the Park (22 July in 2018), and in 2003 we organized a Centenary Celebration, attended by thousands, and  contacted present and former residents to share their reminiscences in a commemoration video illustrating the park's history and people's memories.

THE VIDEO IS STILL FOR SALE!  Contact the Treasurer.

We liaise on local issues with TCV and West Green Residents' Association, who have provided sterling help on park issues, and we have representation on West Green Environmental Theme Group.

We have collaborated with TCV (formerly BTCV) in planting new trees in the park, and in 2004 were honoured to receive an award under the BTCV People's Places Scheme to help restore the historic Hornbeam Avenue, and other areas which had suffered losses of trees.

CROSSRAIL 2 THREAT TO THE PARK: There is a specimen letter here

ALL WELCOME- COME AND HELP!

After many years of FODP activity on a Café project the Café opened on 27 March 2011.  This PDF shows the installation process (thanks to Malcolm Hawley for preparing it).If more funding becomes available, extra modules could be added at a later date to enlarge the building. Haringey Council have obtained a grant from an outside body to enhance the Natural Play Area west of the Café, as well as to improve equipment in the existing Children's Play Area further south.

The Café :  thanks to negotiations between the Friends, the Cafe Action Group and Haringey Council the Café has re-opened under Neri's energetic management.

We have been continuing the campaign to plant new bulbs and trees in the Park. See pictures

We have also lobbied to raise funds to restore the historic railings round the park.


This site is maintained by Christopher Currie